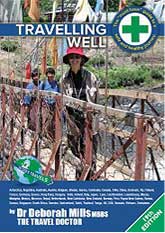 The Sahara stretches from the Red Sea, having parts of the Mediterranean coasts, towards the Atlantic Ocean’s outskirts. It also has a very intermittent history which dates back 3 million years ago. In fact, most of its sand dunes can reach about 180 meters in height.

This desert is home to numerous languages and people. The most widely spoken language in this region is Arabic. This is from the Atlantic Ocean to the vast Red Sea. Along Western Egypt to Morocco, you can find the Berber people. This would include the Tuareg pastoralists of Central Sahara. What makes this desert so special is that is has a width of about 5,000 kilometers and a length of about 2,000 kilometers, this desert is as large as the United States.

Its origin is very interesting to note. About 10,000 years ago, green vegetation is prevalent in this terrain. However, due to unfavorable climatic changes, it gradually turned this land into a vast desert with such an astounding size.

It supposedly expands in its southern border at an astonishing rate. Reasons include long-term climatic trends, ill-advised farming as well as herding techniques in the Saharan Desert fringes. In the Sahara Desert, it seldom rains. In fact, some spots have not seen rain for years. However, when it does rain, it really pours.

Since typically, people view the Sahara Desert as mostly rolling sand dunes but actually, it is only 25% sandy. Most of it comprises of geographical features like gravelly plains, Rocky Mountains and parched plateaus. Its unifying attribute consists of extreme aridness.

How do you get around the Sahara Desert? In Libya, Egypt and Algeria, expedition only entail a 4X4. There is only a small section of the Sahara Desert that falls in Morocco and Tunisia. Most parts fall under paved roads. Other options can be by bike, camel or motorcycle.

Those with an Israeli passport or those with an expired Israeli visa are denied entry. For those traveling to Morocco, you need a visa if you will exceed 3 months of stay. For those traveling to Tunisia, you need a visa if you exceed 3 months of stay, but this excludes South African, Australian nationals as well as Eastern European nationals.

The climate here is dry and subtropical. The noted best time to travel is in the months of February to early April and October to November. Winter days are warm and sunny but the temperature at night can reach below 0 degrees Celsius. This is why it is inadvisable to go to the Sahara during the summer seasons or from May to September.

For international travelers, no vaccination is required. Since the Sahara desert has a sterile environment, there are no noted health risks. However, it is best to drink sterilized or bottled water only. If you will be traveling with your kids during the winter season, it is best to bring extra clothes and dress up in layers.