Batangas Beyond Taal Lake and Volcano

Batangas Beyond Taal Lake and Volcano 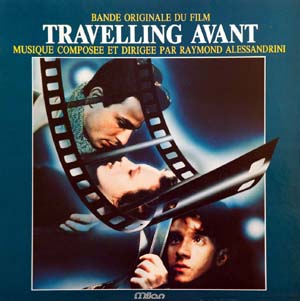 Batangas, an unassuming province in Southern Tagalog Region, is akin to Taal Lake and Volcano. The two wonderful natural tourist attractions have brought so much pride for the province that they will be forever attached to its name. But Batangas, which is only between two and three hours drive from Manila, has a lot to offer to discerning travelers other than Taal Lake and Volcano.

Covering an area of 3,119.72 square kilometers, Batangas is bordered by the provinces of Cavite and Laguna to the north and Quezon to the east. The province’s immediate proximity to the metro makes it a magnet for people looking for a perfect weekend getaway. There is a wide variety of scenic spots and relaxation sites in Batangas. As most Philippine travel guides say, the province is a haven for beach bummers, history buffs, adventure seekers, and religious enthusiasts.

For those who enjoy basking in the water under the golden sun without going to Boracay or Palawan, then Batangas is the perfect destination for you. The province is home to a number of premier beaches such as the Matabungkay Beach in Lian, Gerthel Beach in Lobo, Mahabang Buhangin Beach in San Juan, and Natipunan Beach in Nasugbu. If beach bumming does not appeal to you, then soak into the fresh waters of Tingga Falls in Batangas City, Calijon Falls in Malvar, Bulalacao Falls in Lipa City, and Mainit Hot Springs in San Juan.

Batangas, which has a population of around 2.3 million people, is also known for its rich historic past. Traces of the rich Spanish influences on the province are evident in old churches that are still standing proudly at the center of each towns and cities. The Basilica of St. Martin de Tours in Taal is one of famous among them. Aside from being one of the oldest, it is the biggest church in Asia, measuring 45 meters wide and 96 meters tall. Other historical landmarks in the province are the Church of Our Lady of Caysasay and Ilagan Ancestral House in Taal.

Colorful festivals and exquisite events are also major tourist draws in Batangas. One of the most-anticipated feasts in the province is Parada ng Lechon in the town of Balayan. During the June 24 event, roast suckling pigs from each barangay are paraded around the municipality. Another major occasion is the Anihan Festival which displays various products of Lobo. Not to be outdone are Rosario’s Sinukmani Festival and Matabungkay’s Balsa Festival, which are held in June and May, respectively.

Choosing a vacation rental is not a problem in Batangas. Accommodations range from the very simple hotels to posh resorts. Vacation packages depend on your budget and preference. Some of the recommended places to stay in are the Verde Island Resort in Batangas City, Al Frontera de Taal in Talisay, Laiya Coco Grove in San Juan, Evercrest Golf Club Resort in Nasugbu, and Matabungkay Beach Resort in Lian.

To know more about Batangas and other Philippine travel information, inquire at the Provincial Tourism Office or at the Office of the Governor. Before leaving the province, make sure to take home some native delicacies and the famous butterfly knife called balisong.