Web Design and Content – The Cycle Goes On And On

Web Design and Content – The Cycle Goes On And On 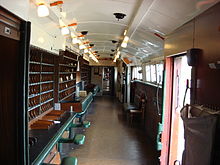 The current web design trend is a result of constant evolution on the technical side and creativity of the designers to create unique websites. The trend can be best studied when the changes that took place from the starting till now are considered.

When the Internet came into existence, most of the website used to be text with hardly any design put into it. The design functionalities were very limited. This was mainly because the bandwidth was very limited and the loading time used to be of prime concern. The websites were completely dominated by the text styles. Most of the people considered the websites to be an extension of the print media. Most of the web designers of these early days were with a software background and not from the design background. It is because of this that the websites of this era do not have a very high visual appeal. Web site design trends of these early days featured blinking text and rainbow text that are hardly seen nowadays.

Use of Frames and Tables

The advent of HTML tables allowed the web designers to format the websites. Considering the current scenario this change can be considered very minor. In most of the situations, formatting of the website increased the load and the time for downloading the website.

Flash allowed the web site designers to create animated and interactive website. The websites based on Flash became so popular that the increase in the loading time was just considered a minor side effect of it.

Flash brought a great change in the trend. The web designing world started being dominated by the visuals and design styles. This started that era in which the designers started showing off their art in making the websites visually appealing. This development put the content and functionality on back foot.

Web 2.0 along with blogs brought the content back into limelight and relevance. The design part was still given a lot of importance. User friendly, functionality and user’s experience of the website started being given preference.

Too much of design

This was one of the worst trends in the history web designing because designers with only limited knowledge of websites used rainbows, glitter graphics, unicorns, combinations of color that were both unreadable and horrible, and excess of animations.

Most of the businesses have realized the importance of content and now the focus is again on the content part of the websites.

The technology and the final users have made the businesses finally realize that the content part and style or design part of the web content needs to be not only balance by synchronized for optimizing the utility of the website.