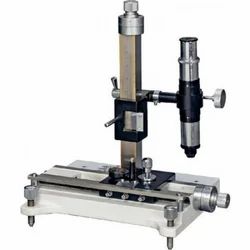 As the summer arrives and the sun leaves, many UK holidaymakers are now reconsidering their plans for the holidays. As the recession-hit travel industry becomes increasingly competitive, Tokyo in Japan has never been more accessible to the curious holidaymaker – and offers an unforgettable holiday experience. What follows are some great places to visit in the capital of J-Pop and monster movies.

At the mention of monster movies, the Tokyo Tower as an icon is perhaps as recognizable as Godzilla and Mothra themselves. The 333 metre tower, that bears a structural similarity to the Eiffel Tower in Paris, is one of the most visited attractions in the city whilst also boasting a practical purpose as a support for media antennae. However, the tower is much more than a tall building with observation decks (which are certainly worth the climb), at the base of the tower is FootTown, a four-storey building that includes a wax museum and the Guinness World of Records Museum.

No doubt one of the biggest exports from Japan in recent years has been the output from anime producers, Studio Ghibli. The Ghibli Museum is located in the western suburb of Mitaka in Tokyo, and offers a childlike and playful day out. The museum includes permanent exhibitions on the history and development of animation, as well as temporary collections that display pioneering works in the field from all corners of the world. Past exhibitions have included Aardman, Pixar and Spirited Away.

In contrast to the Japan’s love for all things cute, fans of Kill Bill and the samurai tradition of Japan may be interested in a visit to the Japanese Sword Museum. The museum is dedicated to the art of sword-making, and houses over 150 items including katana (the traditional curved samurai sword) and O-yoroi (or, great armour). It is located in Shibuya-ku, but closed on Mondays.

For something a little more high-brow, the Museum of Contemporary Art offers much variety with a fair amount of popular culture influence. For example, throughout the summer The Colors of Mary Blair focuses on the work of one of the most influential animation colourists famed for her work with Disney. Permanent works include eastern artists such as Teppei Kaneuji, as well as western legends of pop art: Roy Lichtenstein and Andy Warhol.