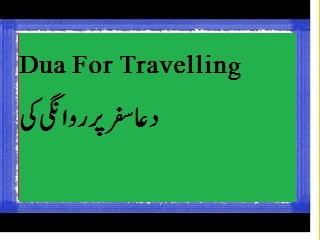 When we consider the attractions on offer in Orlando and the surrounding area, one can’t help but immediately be drawn to the household names such as Walt Disney World, Universal and SeaWorld. Yet, the area boasts far more than those out of the country realise, and in response to the increasing number of cheap flights to Orlando I decided to write about 5 of the lesser-known attractions in the area.

Despite the huge popularity of SeaWorld, Orlando also caters for freshwater fans – and Gatorland is a must-see for those wanting to get up-close and personal with the toothy species. Dating from 1949, today the theme park and reserve is hoe to thousands of alligators and crocodiles and includes a breeding marsh, educational facilities and wrestling shows.

For a theme park with a difference, The Holy Land Experience is a theme park and museum that literally immerses the visitor into biblical times. Walk among ancient streets and witness lifelike re-enactments of key moments within the bible. To some, it may seem like an overblown cash-in on a religion, but to others it is no doubt a unique, enjoyable and educational day.

For a more natural experience, Bok Tower Gardens is located near Lake Wales and is home to a botanical gardens and a historic tower. The gardens are named after Edward Bok who founded them in 1921 as a bird sanctuary. The site is still home to over a hundred bird species, and assorted wildlife, whilst the Singing Tower is built from marble and contains carillon bells which are rung daily.

For comedy fans the SAK Comedy Lab is located in central Orlando and is famed for its improvisational comedy and theatre. Seasonal shows occur around the year, but the ‘Dual of Fools’ – featuring two teams improvising against each other – is its long running attraction. Other past shows include an improve game show, and a humorous Broadway send-up: Fourplay: The Improvised Musical.

One truly American tourist tradition is the medieval re-enactment. Medieval Times (which can be found around the US) is a dinner theatre where diners can eat a ‘royal’ feast in the presence of sword fights and jousting. After being seated in a corner of a mock-up medieval castle, guests root for a knight as they do battle while you eat.